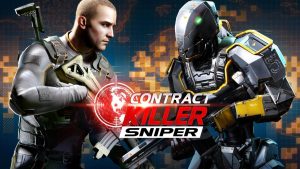 Contract Killer Sniper is a single-player shooting game. Here, you are a global assassin on a mission to shoot most sought-after targets. As the game advances, you get to battle other players and earn rewards that help you upgrade your base and weapons. With more than 250 different missions, you can either take down troops of enemies or eliminate single targets.

To ace the game and flex your gaming skills, here are some surefire tips to transform you into the best sniper. The Acer Nitro 5 is the best laptop for sniping games.

Strategies that can improve your shooting skills as a sniper

To be a pro sniper, try to remain undercover at all times. Once you have killed an enemy, press the cover button to avoid getting attacked by other opponents that may be following you. Don’t blindly shoot anyone and everyone before completing your mission.

Overcome your opponents easily by making moves with headshots

Headshots can knock down your enemy instantly. Once you really get into the skin of the game, you will need to use headshots for killing your opponents. Once you enter into more complex levels, however, it will be trickier to make those killer headshots.

Knives can be an effective weapon to bring down enemies

In case you want to go all rogue, try slaying your enemy with a knife instead. Buying knives in this game is easy. You can buy them through diamonds. As the game progresses, you will have plenty of diamonds in your account for using knives.

Upgrade your sniper rifle to accomplish your mission

You’ll be carrying a sniper rifle during all major missions. Amidst more intense firefights, go for your Assault Rifle instead of a plain sniper rifle and keep upgrading it from time to time.

Combat your opponents and safeguard your valuables by upgrading your base

It can be quite tempting to use all your diamonds on rifle and knife upgrades. However, give equal attention to your base. An upgraded base can help you stay safe and protect your valuables for a longer period.

Boost your ammunition to complete missions like a pro

At times, you’ll get caught up in missions where you need to opt for those heavy explosives. Once you have enough diamonds in your account, make it a point to get some heavy weapons to ace such missions with ease.

Go for multiplayer mode and PvP battles from time to time. There are plenty of benefits from winning PvP battles. Firstly, you get to earn extra diamonds. When you have a lot of diamonds on hand, you can spend it on upgrading your weapons and base.

Once you begin your mission, rank your opponents from the weakest to strongest. Go for weaker ones first and gradually go for the tougher guys.

Do watch promo ads while playing to earn extra rewards

It’s quite simple to grab some extra rewards during your gameplay by watching those video ads that come during the game.