Introduction of the league of angels 2:

League of Angels 2 is started and you can even take control of the heroes and angels to take this pull against the forces of darkness in the battle.

In the complex MMORPG, you collect this valuable equipment, new heroes and accumulates wealth. With our league of angels 2 guide and many tips of the game, you start to handle it perfectly.

Credited by: League of angels 2 is offered and developed by GTarcade. League of Angels 2 is free to play!

Difference between old and league of angels 2

One of the biggest differences from the first League of Angels is the role of heroes and angels, between which LOA 2 no difference. You can join all your parties and strengthen your team in the fight. In the following guide, we give you tips and tricks for the League of Angels 2.

At the beginning of the game, you must first create a character. It can be male or female. After that, you can start the game. Your characters and heroes in League of Angels 2 are composed of the following three attributes:

Basic Principles:  Increase by upgrading and level of equipment, relics, mounts, and more.

Abilities:  Improve by Ascensions rank of characters and heroes.

Affinity:  Activated by recruiting and buying equipment, relics, and heroes from your team. 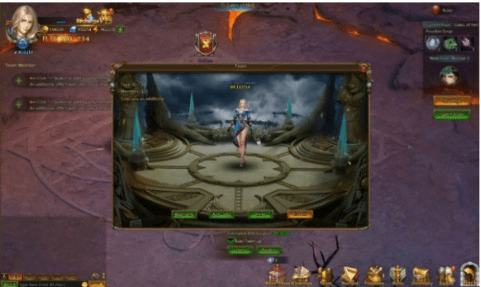 How to get access to the dungeons in League of Angels 2?

Access to the dungeons you must buy yourself additional diamonds. As a safe haven and lobbying are the Dungeon Available Palace where his team can do what brings you different bonuses.

Most of the time, the game passes its dungeon, improving your heroes. Dungeons step into it by the gameplay panel on the right side of the screen or by clicking on a matching NPC-Quest NPC

During the game, it is the interface is the following. 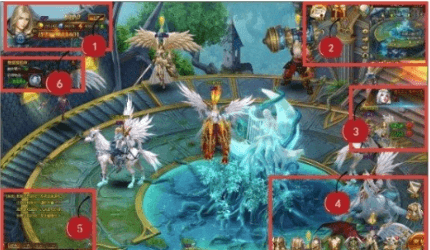 Here you can see your character portrait as well as information about your VIP level. In addition, you can see here the amount of gold and diamonds a. But granted progress in history and quests. With gold, you can upgrade and improve your equipment.

The diamonds buy with them gets special possessions through his boots and you can. Finally, you also see your endurance ad. The longer it is, the more history and elite dungeons can consecutively pass.

Dungeons and history of dungeon and Elite Hero Trials

Dungeons step into her on the corresponding entry in the Northeast dungeon Palace. You see cross swords on a dungeon, you can enter and start this. Keep in mind that each step consumes six points of your stamina. After each dungeon, you get a final score of one to three stars. More heroes who died during the battle, the lower falls from them. A notation grants three additional rewards stars. 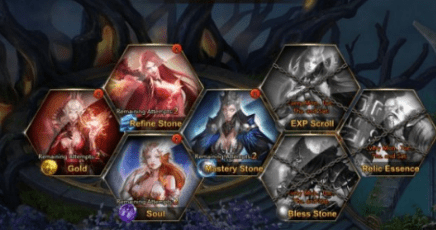 After each step of their gold, experience points and get Prism. Plus, you get to boss fights to access another chest. There is also a special dungeon, called Hero Trials. Here you can level your target heroes and faster if they have already reached 18 levels In hero trials you gain extra gems and materials for Hero shards.

From level 15, you can also Elite Dungeons attack. This cost you twelve stamina points per attempt and are more difficult than dungeons in history. The procedure here is the same with the difference that the benefits of success are higher.

PvP arena and the auction house 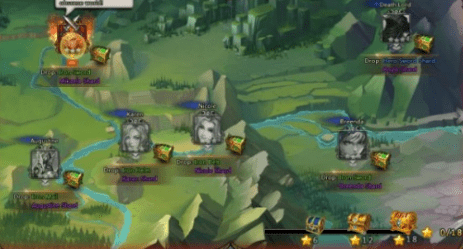 In the arena can you take from level 12 against other players and put your skills to the test. Here you have one day five free matches before you have to buy more diamonds. his defeat of a player with a rank higher than you, you take his place and so goes up little by little.

Get best rewards by tournaments

No matter what happens as a match, you get rewards in the form of luxury, gold, and diamonds, which can pass you items in the Arena Shop. Your rank is higher, the more logically rewarded. In addition, the 64 best players per week to play the so-called Domination Tournament from where he is to get the best rewards.

No MMO without Auction and so you can also league of angels buy 2 items or Hawking, but this is only at level 40. The auction house is linked to the server and you can not buy or sell other items servers. As the currency only can the diamonds are used and each bid must be greater than the previous bid by at least 5% here.

In this article, you have the league of angels 2 guide which includes beginning tips and tricks, and an angel MMO guide that helps you to play the game at advanced levels.

Write us in the comments or give your feedback. We look forward to your opinion.