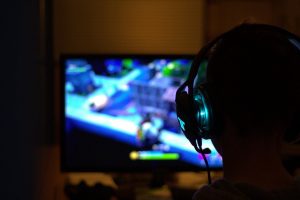 Gaming is a part of everyone’s life at some point or another, especially when you consider the newer generations, which have grown up playing indoor games. Gaming is a popular hobby among adults as well. But do you know what is better than playing video games? To get paid for playing them. That’s right. That is not only possible but a prevalent mode of earning in modern times. People who have grown up with playing games are now turning it into a full-time income resource.

The most surprising factor is that most of these professionals that work on games or play games to earn are probably earning more than your traditional jobs. Some of these professionals make six, seven, and even eight figures yearly by playing video games for a living. So if you are curious about how this is possible, you might want to stick with us.

The average game testers in the USA make an approximate of $67,813 per annum. It is a considerable amount, especially if you compare it with the average annual income of different industries, which is only $44,564.

While the hefty pay may seem attractive, it also includes a lot of hard work. Gamers will have to test every nook and cranny, every possible function of the game to find errors. These aspects make this job best for analytical and methodical minds.

YouTubers earn through views and paid advertisements and promotions on their channel if it has a noticeable following. Many YouTubers worldwide feature gameplay, commentary, coaching, and several other things about popular games on their channel.

These popular games include Minecraft, Fortnite, League of Legends, RuneScape, and thousands of others. One of the oldest online games is RuneScape, which got released in January of 2001. This game is still so popular that gamers don’t need to pay to make RuneScape accounts or any other feature. It is the main reason why many gamers worldwide even play it and make YouTube videos on it.

To consider the most successful in terms of money-making through this method, we have the example of a popular YouTuber, PewDiePie. PewDiePie was the sixth highest-paid YouTuber in 2017. He is earning an insane amount of $12 million by starting his channel by making essential video game commentary videos.

Twitch is a popular streaming platform where people from all over the world can watch others play games. You can opt for this as a hobby, but you will need to become a Twitch partner for earning purposes. It will require you to fulfill the following criteria to become a partner:

Once you become a Twitch partner, you can start earning on the platform through subscribers and displaying ads on your channel. You can also get sponsorships if you have a decent amount of following. An average Twitch streamer earns typically $10,000 to $40,000 per annum. But there are exceptions of popular streamers like “Ninja made” who made up to $10 million in 2018 through ads, sponsorships, and subscribers.

Unless you are incredibly talented, competing in gaming tournaments is not a consistent source of money. But if you are, gaming tournaments of games like Halo, Fortnite, Call of Duty, League of Legends, etc. can cash you some serious money. So if you are exceptionally good at gaming, it is worth a shot.

It is the right career choice if you have the knowledge and professional skills in software development and game development. Major game developing companies such as Ubisoft or EA hires developers to work for them. These developers earn an average of $83,000 a year. But working with significant game development is stressful as well. On the other hand, you can also become a solo game developer through game sales and in-game purchases—one of the most prominent examples of Markus Persson, the developer of Minecraft.

Sign-In on an eSports Team

An average eSports player earns up to $60,000 per year. Since the late ’90s, this earning method has grown massively, and we don’t see the growth ending any time soon. The best way to become a pro player in this way is to focus on one single game, get extremely good at it, and use platforms like Twitch and YouTube to show off your talent.

Apart from playing, you can also choose many career paths such as hosting esports events, coaching players, streaming and commenting, acting as a referee, and much more.

While it is not one of the most popular means of making money, people still use it to make a little extra dime. It can be for part-time earning reasons. If you are a regular player, you can sell your earned online gaming currency to other interested parties that don’t want to spend long hours making this money. However, one needs to be careful, as the trade of online gaming currencies fuels cybercrime. It is not encouraged by the game developers as well.

Whatever method you choose for earning, it would require some sacrifices and risk-taking. But if you are talented and passionate about a hobby like gaming, there is no harm to take it as a professional means of part-time and full-time earning.

The public observes all of the methods mentioned above worldwide, and they do make a hefty income out of it. So don’t be daunted if you feel like all you are good at is video games. If you are curious about the current state of gaming in 2020 and any hope for success, you will need to do thorough research. Before opting to choose gaming as an earning option, go through gaming, and learn the trends. Then with talent and dedication, you can do what you love and earn through it too.