World Conqueror 3 is the perfect game that will appeal to those who love the war and strategy style.

Commander! The war is about to begin. Take your army and conquer the world!

World conqueror 3 is developed and offered by EasyTech.

What to do in world conqueror 3? Overview

Your aim is to destroy the military units of the enemy countries by destroying the military units you have. Hundreds of military battles await you in 50 different countries, world-famous generals will come to life again at your fingertips … Graphics are 2D and the sound quality is good. The controls can be provided with one finger. World conqueror 3 guides will give you the tips to win the game. 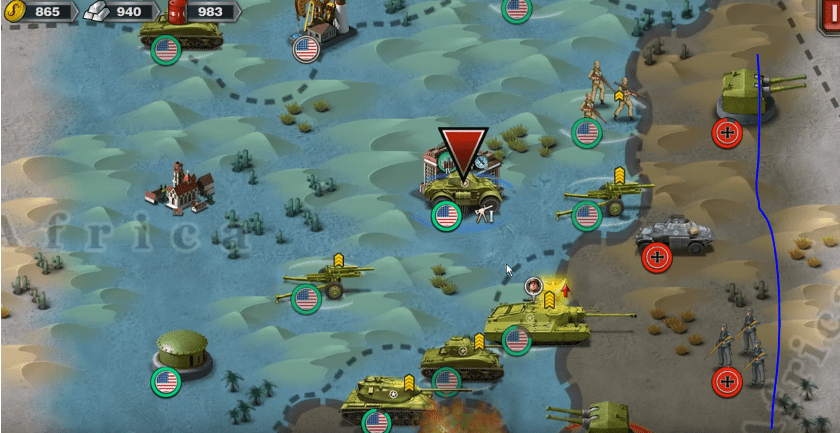 In this world conqueror 3 guide, I give you the states and various tricks about the game. World Conqueror 3 is free and popular. Become a powerful leader by following this wonderful guide.  So, the war is about to begin. Lead your army and conqueror the world.

How do you level up in World Conqueror 3?

A mission, or campaign fight, must be completed to level up. You gain more experience as you win more fights, regardless of whether you win or not. With each level gained and your HQ’s strength increasing, you can hire or appoint more commanders who will be essential later.

How do you get generals in World Conqueror 3?

In-game purchases exclusively allow players to buy 3 special generals. Eisenhower (USA), Manstein (Germany), and Zhukov (Soviet Union). Only certain units can be buffed by commanders. By tapping on the blue “icon”, you can view it alongside the commander’s stats.

How do you unlock wonders in world conqueror 3?

Under some circumstances, wonder can be unlocked and then reconstructed. As soon as the wonder has completed rebuilding, its benefits will remain permanent. In only 65 turns, Allied countries completed the 1943 Conquest. Taking Axis control of the world in 80 or fewer turns.

What is KO World Conqueror 3?

Specifically, it refers to how many units the generals have gotten rid of.

How do you unlock Artillery in World Conqueror 3?

The Frunze Military Academy teaches Artillery Ability to Marshal Konev. You can increase the damage your commander’s Artillery units do by 8 – 28 points with the Artillery Ability. Destination Berlin, one of the Allies campaign missions, allows you to unlock this ability.

What does ace forces do in World Conqueror 3?

At the Frunze Military Academy, Marshal Zhukov teaches the skill of Ace Forces. Your Units will rank up faster as a result of having the ability. From the start, you have access to this skill. Eventually, you will level up, and Ace Forces expedite that process.

How do I make time go faster in World Conqueror 3?

Although playing Campaign/Conquest seems to speed up the time, there is no known way to do so.

How do you use the ion cannon in World Conqueror 3?

Click on the cannon thing on the left side of the screen. An object in blue appears next. When you are ready to attack with the Ion cannon, you press the unit you want to go after.

What does the launch plan of the satellite do in World Conqueror 3?

In the cut scene, there is a minimal amount of industry, and then the satellite cuts out. There is no point in doing this. You get six science per month from the satellite.